Shock absorbers are not equal 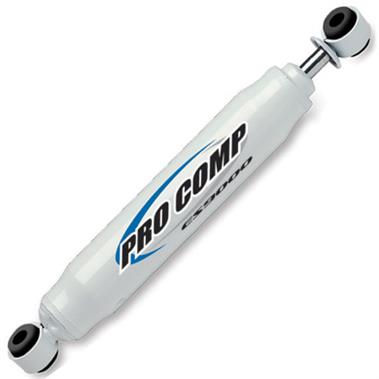 When purchasing shock absorbers for any 4×4 vehicle you want to get the right length of shock. This is important as you don’t want them bottoming out or having to much extension which would both cause damage to your new and expensive parts.

While length is key another IMPORTANT part of choosing shocks is valving. Having the wrong valved shocks can lead to a host of unwanted problems and a terribly bumpy ride. It advised when purchasing a shock you consider the weight of the vehicle as well as the mods on the vehicle and choose a shock that is rated closest to your requirements.

At ABS Offroad we not only consider the length of your shocks but the valving required as we have multiple shocks that are the same length but are valved differently.

A typical example is the ever popular skyjacker shocks that are sold based on the sizing chart found on the skyjackers website. These generic guides are for stock vehicles or lifted vehicles and do not take in to consideration common modifications such as engine swaps, iron bumpers, winches. They are also sold based on this chart. A guys calls says “I want a 10″ travel shock” and its sold to them not knowing they are being sold something that may not be the best fit for the vehicle ( some installers are none the wiser). Don’t get us  wrong, skyjackers are great shocks and would work well if matched correctly. We are just educating people on how to chose the right shock for your vehicle.

A common argument is ” we have been doing this for years and had no problems “. We would like to point out if some one has been doing something for 30 years … that does not mean they are doing it right. With advances in technology and improved techniques installers and suppliers such as ourselves need to keep up with changes. Yesterdays methods are sometimes not the best but they do work.

See a short explanation below on how shock absorbers work.

Shock absorbers dampen the suspension movement of a vehicle to improve handling and performance by forcing specially formulated shock oil or gas through tightly controlled holes (ports) in the shock piston to convert kinetic energy (movement) into thermal energy (heat).

Most high performance shocks are similar in design and feature a piston attached to a shock shaft that moves up and down inside the shock cylinder which is filled with shock oil or gas. Shims placed on either side of the piston, then control the movement of oil through the ports depending on their arrangement. 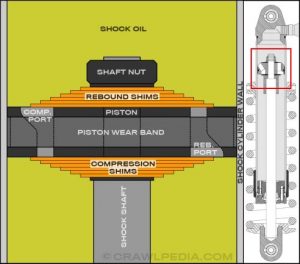 As the shock shaft moves within the shock body, oil or gas is forced through openings in the piston to push against the shim stack on the opposite side. The faster and harder the shock moves, the higher the force of the oil pressing against the shims becomes. Controlling how much force is needed to allow the oil to move past the shims at any given speed is how shock valving is determined.

Contact us at ABS Offroad for proper advice on choosing a shock absorber for your vehicle. Even if you do not purchase from us we want you to make the right choice TEL 610-1308