Batteries for Offroad use 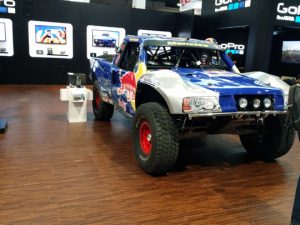 Batteries are not glamorous, particularly when compared to items like LED light bars or winches. The problem is that neither of those accessories on the front of your rig will do you much good without a battery. The stock battery and alternator are adequate for powering the factory electronics, but as you add more accessories, consider a battery upgrade. The upgrade can come in different forms. You might replace your original battery with a more powerful absorbed glass mat (AGM) battery in the factory location, or even install a larger (or smaller) battery in an aftermarket battery box.

Automotive batteries consist of six electrochemical cells, each producing 2.1 volts through a chemical reaction. Two lead plates are found in each cell, a positive and a negative. Electrons traveling from the positive plate to the negative plate generate electricity. In a traditional battery, that chemical reaction happens in sulphuric acid inside the cells. The issue for off-roaders is that this acid can leak when subjected to vibration, creating a mess in your engine bay. Vibrations can also cause the lead plates to break loose, short-circuiting that cell.

Instead of cells that are flooded with a liquid electrolyte, an AGM battery, such as those offered by XS and Optima, has this fiberglass material that is filled with the electrolyte. With lead plates and electrolyte-saturated fiberglass mat filling the interior of the battery case, the AGM battery acts as a single solid unit. 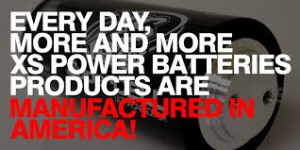 Even in the same size package as the factory battery, AGM construction provides increased cranking amps compared to a traditional flooded battery. The easiest upgrade you can make to your vehicle is to replace the stock battery with an AGM battery of the same size (Group 34 is a common size in many 4x4s). AGM batteries also do a better job of being full discharged, such as during heavy winching, and being recharged without damage.

You may require even more power for your ear-pounding stereo or to turn over your high-compression engine. Or, conversely, perhaps you have a lightweight buggy that only has room for a small battery under the hood.

Know the Lingo
Cold cranking amps (CCA) are the most common barometer we use when comparing batteries, but a variety of other terms are useful when comparing specifications between various battery brands and sizes.

Battery Council International (BCI) Group Size: The BCI Group Size refers to a battery’s maximum physical dimensions. Groups 31, 34, and 78 are the most common sizes in most 4x4s if you are looking for a drop-in replacement.

Cranking amps (CA): The number of amps a battery at 32 degrees F can deliver for 30 seconds while maintaining a minimum voltage of 7.2 volts.

Cold cranking amps (CCA): The number of amps a battery at 0 degrees F can deliver for 30 seconds while maintaining a minimum voltage of 7.2 volts.

Depth of discharge (DOD): The percentage of the battery’s total power that is discharged. A deep discharge refers to a DOD under 50 percent of the battery’s potential, and is useful for 4x4s that are subjected to hard winching or if you like to run your stereo all night in camp.

Hot cranking amps (HCA): The number of amps a battery at 80 degrees F can deliver for 30 seconds while maintaining a minimum voltage of 7.2 volts, or 1.2 volts per cell. 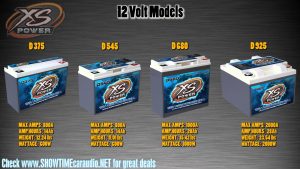